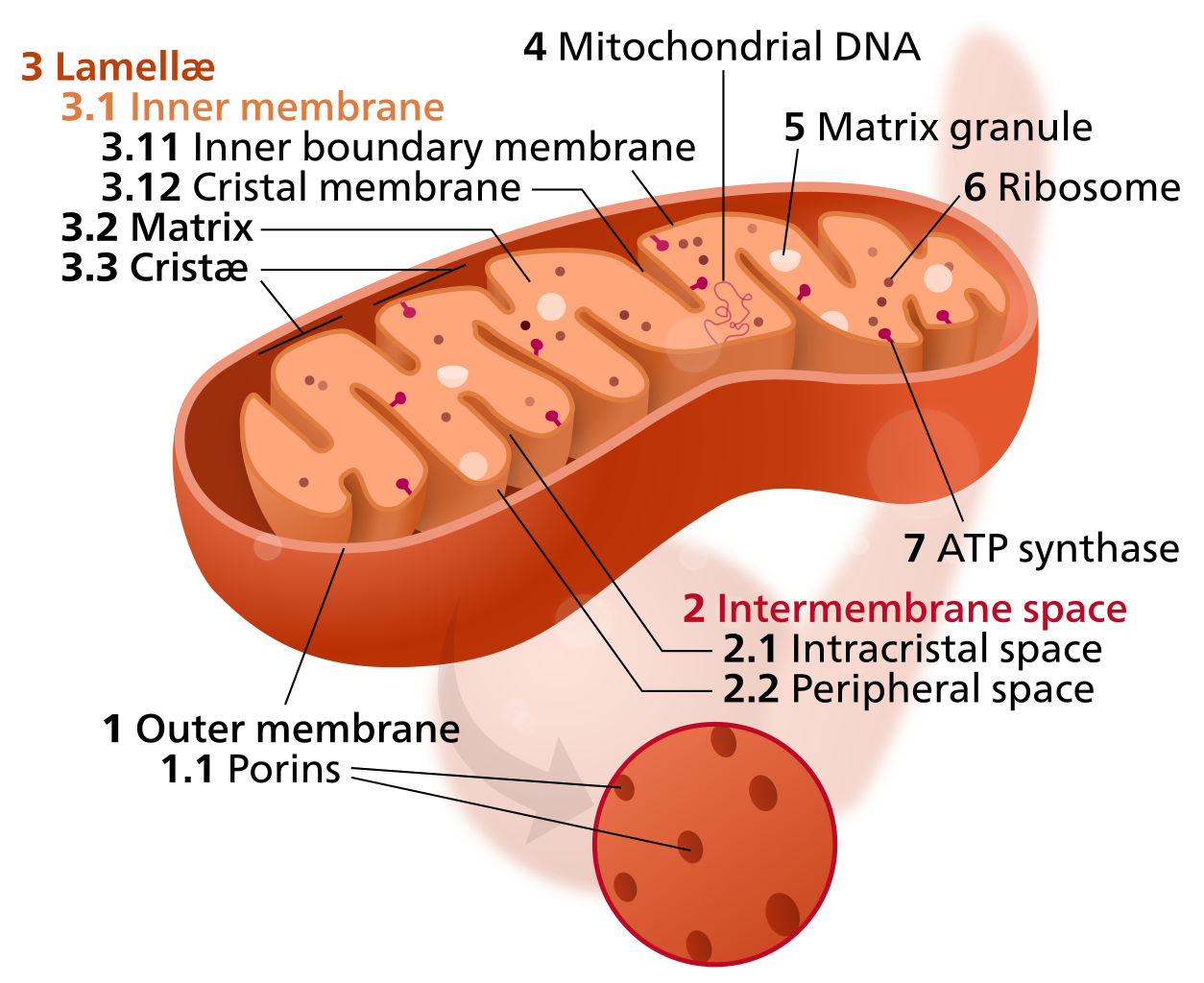 I’ve been learning a key to health is keeping your mitochondria happy.  One of the most important events in the history of life on this planet was when a bacteria began living inside the much larger cells that we now call eukaryotes.  The Earth is about 4.5 billion years old.  For the first few billion years after life got going, it was a bacteria’s world.  Multicellular life only took hold in the Cambrian Explosion 570 million years ago.   Bacteria are very small cells with their genes, their DNA, in a ring inside the cell. The larger eukaryotic cells have their DNA in a special sack, the nucleus.  The big cells sometimes engulfed the bacteria, presumably to eat them.  At least once, the engulfed bacteria survived the experience.  They cut a deal.  Those bacteria were able to carve up food molecules for energy more efficiently than the eukaryotes that had engulfed them.  The hybrid was quite successful.  All modern plants and animals are the result.

The descendants of those bacteria play several very important roles in cells.  In plants, the chloroplasts that do photosynthesis are some of those descendants, but let’s stick with the mitochondria since we’re not plants.  The two functions that are most relevant to the ideas I’m proposing are oxidative phosphorylation and induction of apoptosis.  Also important is the fact that mitochondria still have their own ring of DNA and reproduce by fission, just like their bacteria ancestors.

Oxidative phosphorylation is the result of the Krebs or Citric Acid Cycle.  The point of the Krebs Cycle is to take molecules derived from glucose, fats, or proteins and create more Adenosine Triphospate (ATP).  ATP is used by all the mechanisms that power the cell’s metabolic processes–the cell’s equivalent of electricity.  The classic example of ATP production from introductory biochemistry is glucose metabolism.  In the cytoplasm (liquid interior of the cell), glycolysis splits glucose into two molecules of pyruvate.  That produces two ATPs.  Without oxygen, those get converted to lactate, the infamous lactic acid.  Early physiologists had the idea that with extended exercise, lactic acid built up in your tissues.  However, that observation was taken from studies of frog legs in the 1920s.  Without lungs and a functioning circulatory system attached, lactic acid did build up.  However in a complete animal, like an exercising human, the pyruvate molecules go into the Krebs Cycle in the mitochondria, which uses oxygen molecules to go through a series of chemical transformations and produce 36 ATPs.  That means mitochondria produce the vast majority of the energy to run the cell.

If chemical imbalances in the cell stress the mitochondria, that can impair their normal function.  If they get really stressed, they can swell and burst, releasing small molecules called cytokines that affect the rest of the cell.  Enough cytokines, and the whole cell dies, not just the mitochondria.  This is called apoptosis, “programmed cell death.”  So the mitochondria can kill their host cell if they get too unhappy.

But what happens if the mitochondria are crippled so they can’t function properly, but can’t burst to force the host cell into apoptosis?  According to Thomas Seyfried, who is building on the work of Otto Warburg, there’s a fundamental change in host cell function.  In the temporary absence of sufficient oxygen, a cell can ramp up glycolysis temporarily to sustain ATP levels.  With crippled mitochondria, a whole pattern of changes occur beyond that.  The cell begins to grow and divide, forming a cancerous tumor.  To the body, the tumor resembles a wound,