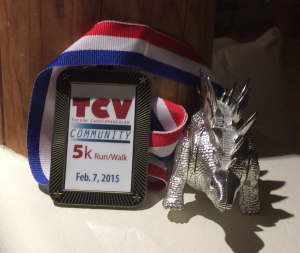 I had some trepidation going into my first public presentation consorting with known heart doctors, and others. I was confident of the science I was planning on explaining, but I wasn’t sure how well received I would be. As it turned out, I met some great people and had a very pleasant and worthwhile day. I thought I should share what I experienced.

This arose due to a conversation after a trail run. Dr. Luis Leon of Pima Heart, who I had heard of but never met, turned up for a 50 K run I was directing. Luis got off track, but surfaced unphased and in good humor. To my mild amazement, after running for hours he was engaged, interested, and comprehended immediately when I started talking about nutrition. I kept nudging the conversation, and he just kept absorbing. After a bit, he asked me to speak at the symposium he and his colleagues were organizing on Feb. 7, 2015. A week later, he told me he was going to shift to a ketogenic diet. I’m still waiting to hear his full assessment of that, although the bits and pieces I’ve heard have been encouraging.

As the date approached, I was asked for a title. I decided to go with my strength and talk about evolution, hence “Diet of a Peculiar Primate– Homo Sapiens.” I had lunch with Linda Biuso, who was organizing the public education session of the symposium, where I was speaking. We hit it off immediately, and I felt better about what I was getting myself into.

When I found the public session on Saturday, I saw a fairly intimate meeting room that ended up packed with attendees. Many were older, but there was a range. The room stayed pretty full all day. Overall there was excellent audience participation and good questions.

Luis introduced the day, then handed off to Dr. Sal Tirrito, one of Pima Heart’s docs. Sal, and Janet Taylor latter on are both committed to vegan/vegetarian approaches to nutrition. In fact, Sal has a website– http://therawcardiologist.com, which I need to spend some time reviewing. I was very pleased when he zeroed in on inflammation as a root cause of pathologies like heart disease. That message came across loud and clear several more times in the day. Sal definitely wants to work with the whole patient, not just some symptoms. In fact, he was responsible for getting a close friend off dairy products, with dramatic effects. Then I helped her with other aspects of her diet and dealing with GERD (Gastroesophageal Reflux Disease) misdiagnosed as asthma. She has repeatedly expressed her gratitude for Dr. Tirrito’s help.

Linda Biuso followed, with a very personal account of taking control of her life after she was diagnosed with heart problems. She also credits Dr. Tirrito with helping her turn the corner.  I learned more about how she got here, presented in a style that drew you into her experiences.  Luis followed with an updated version of the talk “Is There Such a Thing as Too Much Running?” which I had heard him give at The Core at La Ecantada. The update was good. The audience was clearly in engaged, even though Luis was describing some fairly extreme behaviors. He did a good job of debunking some poor science and explaining why he likes to run in a way the audience could relate to.

Dr. Alan Block, a podiatrist from The Ohio State University gave a slightly gory, but very interesting talk on what can happen to feet and how to head some of the issues off at the pass. Like everyone that day, he give an accomplished, polished talk, explaining potentially esoteric clinical practice and science to a lay audience effectively.

Janet Taylor started off making me uncomfortable with positive references to the Seven Countries Study, which is poor science. Luis saw me squirming and put his hand of my shoulder with an “easy.” She proceeded to come back very effectively with some excellent practical information and a fabulous salad, which I got to try a cup of. We had a very nice conversation over the lunch hour and I learned her husband is also an employee of Pima Community College, where I build some of the networks that hold the place together (My day job…).

At the lunch break, I was able to find exactly what I needed for a ketogenic meal. I sat with my friends Bruce and Marg Johnson. Bruce is a department chairman in the UofA College of Education and one of the ketogenic Tucson Trail Runners. He, Marg, and I all agreed it was a worthwhile day so far. We kept that opinion to the end.

Dr. Richard Gerhauser kept us awake after lunch with some pretty thought provoking ideas about the effects of artificial lights that don’t have the same spectral quality as sunshine. He also sounded a warning about bathing ourselves in electromagnetic radiation, including WiFi. Since my group at PCC is responsible for all data and voice networks, including wireless, I didn’t admit that we’re in the process of adding dozens of new wireless access points across the College. I am curious about the research he referenced, since I had seen differing claims in this area.

Dr. Ives de Chazal gave a talk on sleep that didn’t put anyone to sleep. His discussion of the likelihood of a cardiac event relative sleep cycles, and the potentially disastrous consequences of Obstructive Sleep Apnea was pretty cutting edge. I did comment to Bruce about the possibility that there was a different root cause (i.e. toxic inflammatory diet…) that the other factors all tied into.

Dr. Miguel Montero-Baker, another Pima Heart young gun, did the fairly amazing trick of making a dry sounding topic, “Peripheral Arterial Disease 101,” anything but. This was another one with a bit of gore. When he come up, hooked up an Apple MacBook Air, and showed a very slick Keynote presentation, I felt a strong sense of kinship, although his slides were much snazzier than mine, which I tend to keep simple so I can put them on other things besides my Apples. He had a very strong plea, as did Dr. Block, for people to get in and get checked out if there were any indications of peripheral malfunction, i.e. discomfort that people shouldn’t just try to ignore.

I came next. My slides, with a couple modified so they make more sense without my narration, are at the bottom of this page. I adjusted my talk a bit to build on the good talks that preceded me. Two common misconceptions needed to be gently addressed– exercise will make everything better and calories in/calories out is the equation for weight control.  I started by telling the audience that I wasn’t going to tell them to exercise, since that’s less important than diet.  I particularly wanted to point to excessive sugar consumption as a unifying diagnosis.  I also wanted to make that point that diet isn’t plants versus animals, it’s relative contribution of sugars (carbohydrates), fats, and protein, with some amount of fiber modifying some effects in the gut.  I did talk some about low carb, but emphasized that dealing with sugar in the diet was the crucial factor relative pathologies. I was pleased with level of interest and the good questions.

My good friend Dr. Brian Walker finished our day. Brian gave an abbreviated version of his theory of the root of anger (perceived unfairness) and the amplifying factors that could raise anger to inappropriate levels. The room was still pretty full. As usual, Brian had good interest and engagement.

The bonus for the day was the 5K run that Luis Leon arranged with help of Steve Taggart of Tagg Running. It was an out and back, mostly on dirt. Luis won handily. There were nice t-shirts, finishers medals, and atmosphere. Bruce, Brian, and I all ran. It cemented the positive feelings for the day, at least for those of us that like running. I thought the younger, lively folks from Pima Heart were the biggest portion of the field, which triggered my “young guns” interpretaion of the day. One of the better days I’ve been part of lately.

Click on the arrow in the lower left to start the slide show. Then mouse clicks or arrow buttons will move things along if the once/minute slides are too slow for you. The other Trunk Monkey videos are here– http://www.suburbanautogroup.com/trunk-monkey-videos/